When they hear Niendorf, many people think of tradition and quality. So we’re more than happy that today, following a past that has at times been pretty turbulent, everything points to a positive outlook. Markus Ernicke, the managing director, takes pride in his team and in the things to come. We have lots of projects and events coming up. Detailed enquiries from prospective clients and numerous dealers confirm our confidence that the traditional brand Niendorf has returned as a name in the market.

More than 120 years of building vertical and grand pianos tell a long tale. Browse our records and see how far we’ve come.

Founded 1896 by the brothers Hermann and Karl Niendorf, the company (then named Niendorf & Hemprich) specialises in baby grands and parlour grands as well as in vertical pianos. 30% of the instruments sell in Germany, the other 70% are exported, primarily to South America. The brand name Gebr. Niendorf does not come into use until 1900. 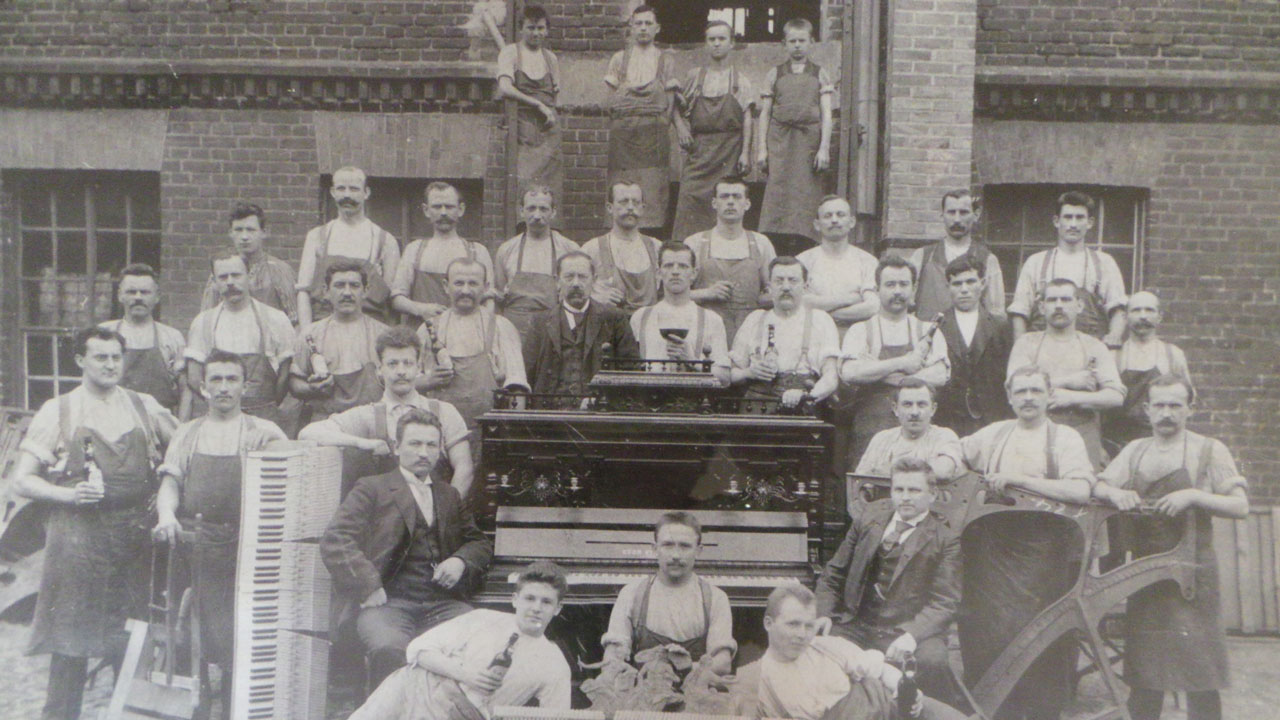 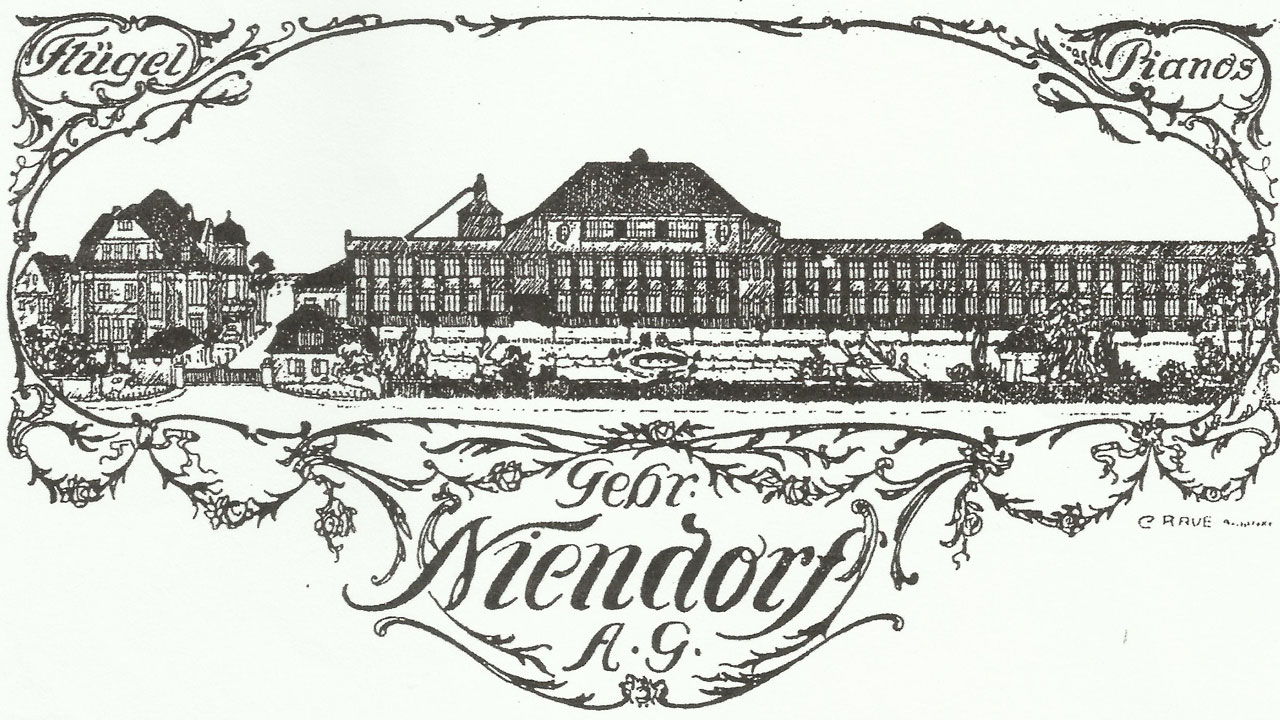 In 1921, massive hostile fire destroys the factory almost completely but a resolute spirit of enterprise sees it rebuilt again by 1922 on 45,000 square metres of Luckenwalde’s newly established industrial estate. In 1929, Niendorf becomes part of the Deutsche Pianowerke AG. Gebr. Niendorf is kept as a brand name. 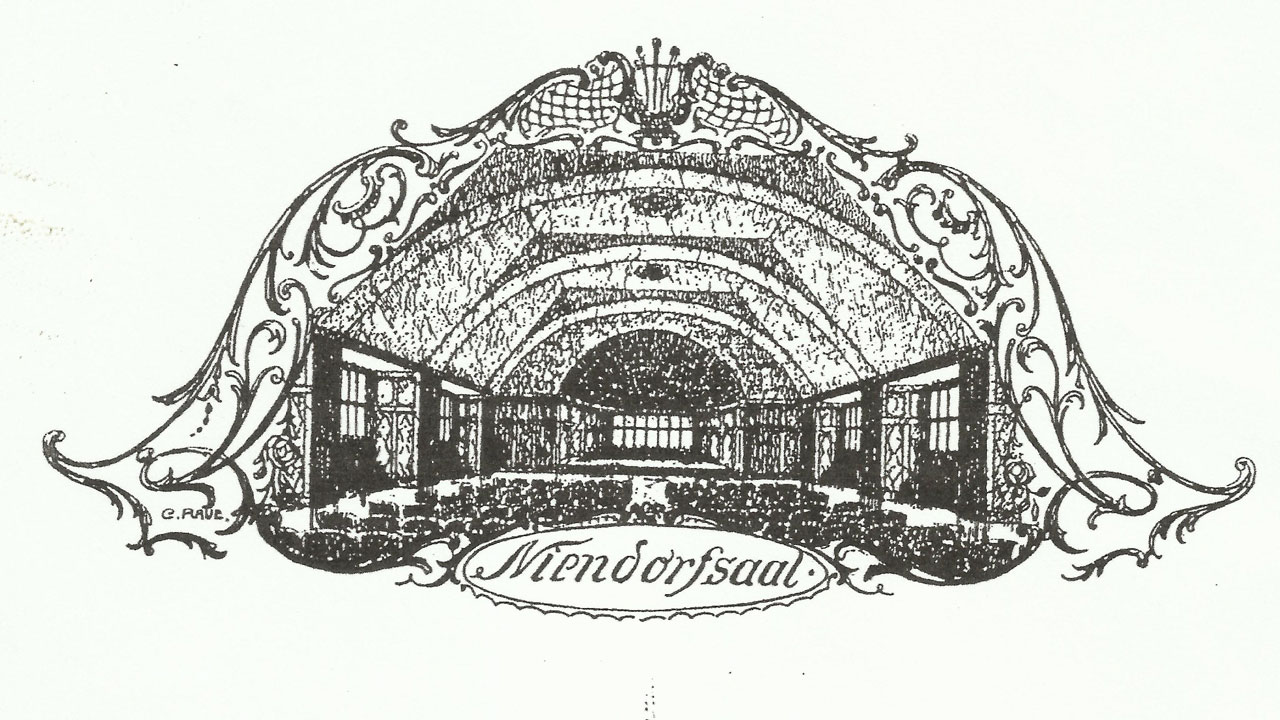 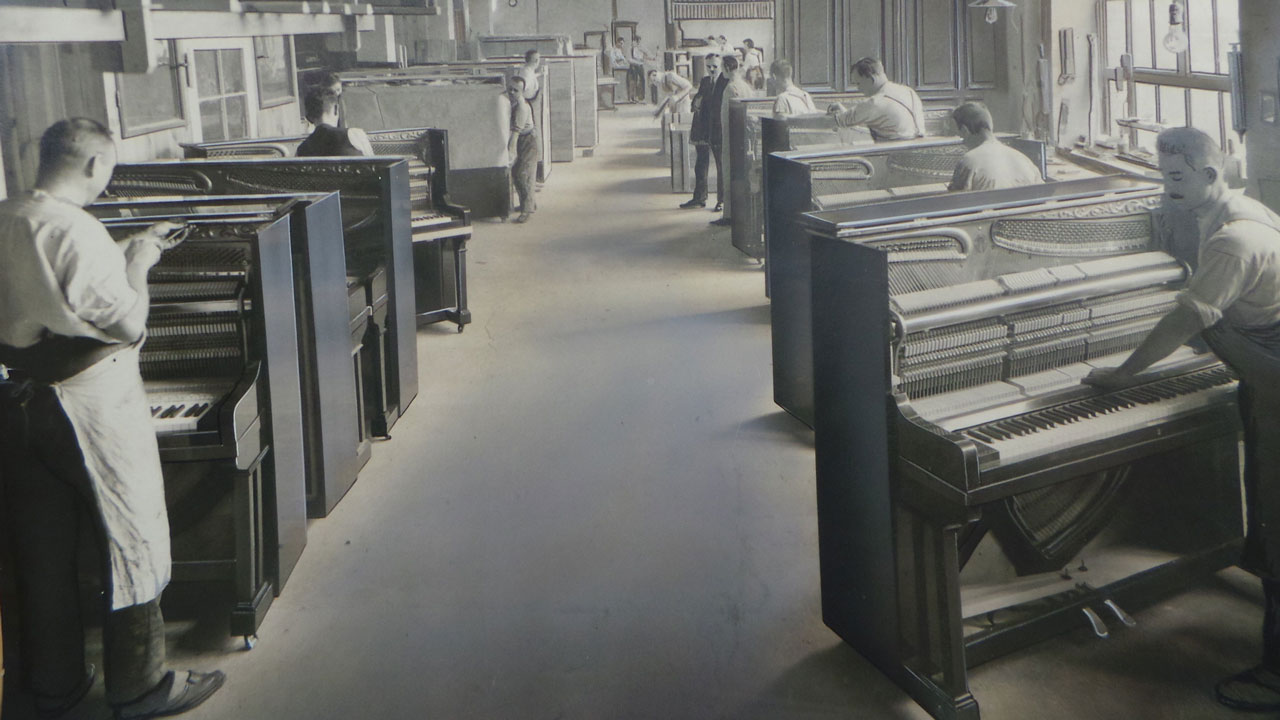 In 1974, Gebr. Niendorf is seized and nationalised. Under the management of the VEB Deutsche Piano Union, it grows to employ 360 people and becomes the GDR’s largest manufacturer of grand pianos. The instruments are exported, including to the USA, Asia, Western Europe and the USSR. During this period, the products are marketed not only under the name Niendorf but also as the brands Hupfeld, Gerbstädt, Rönisch, Zimmermann, Steinbach, Fuchs & Möhr and Alexander Herrmann. Over the following years, production capacities are increased further until around 3,000 instruments are built every year.

During the Vogtländische Musiktage in 1985, meritorious workers in the musical instruments industry receive the “GDR’s Honours Award for Outstanding Performance in Musical Instrument Building”. The Honours Award Second Class goes to a collective of piano makers, technologists and designers from the VEB Deutsche Piano Union Leipzig’s Luckenwalde subsidiary. The award honours the work performed in designing the grand piano model Zimmermann 145 and the level of quality achieved, which also merits a gold medal from Leipziger Messe. 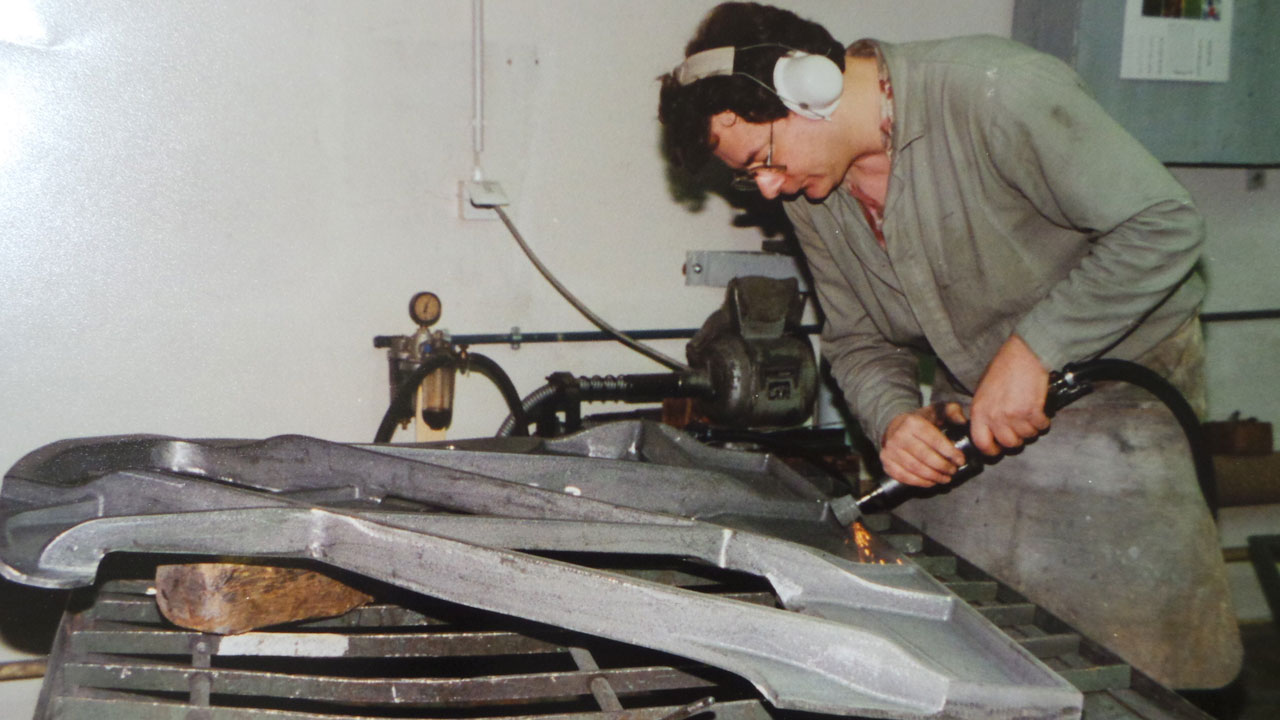 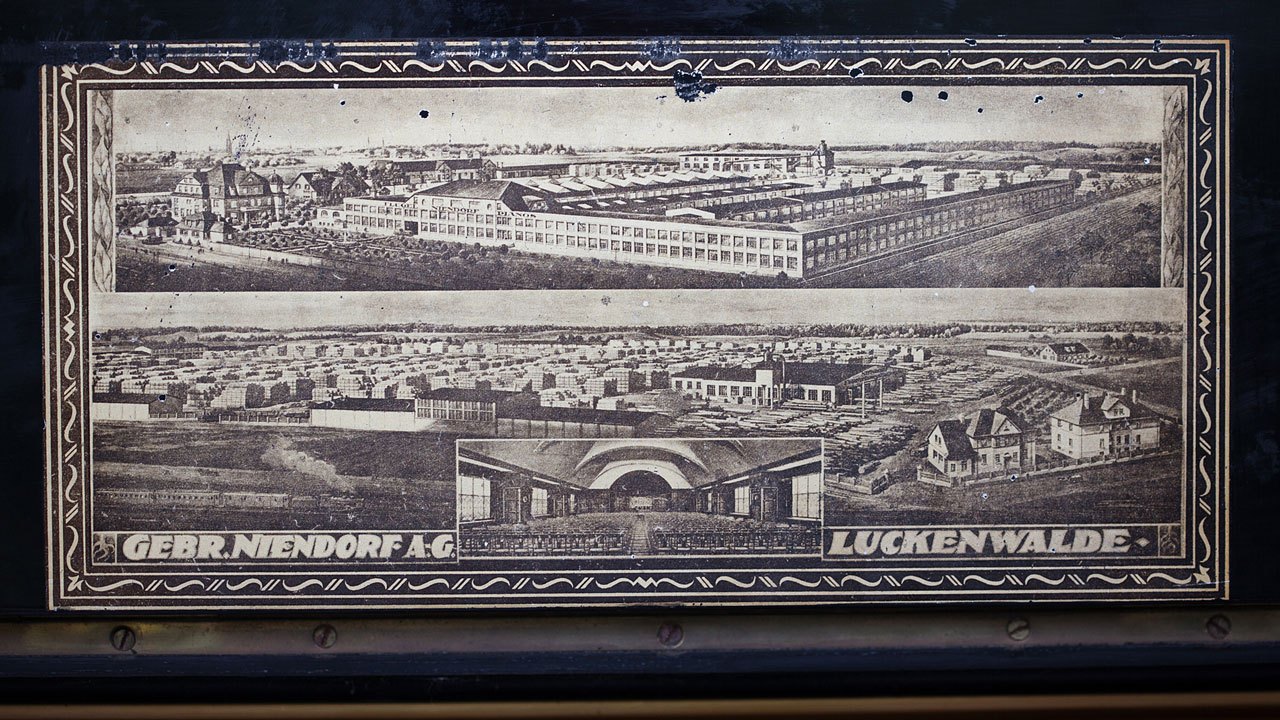 In the 1990s, Märkische Pianofabrik begins business operations as a Treuhand company, selling products under the Niendorf brand. It is soon taken over by Leipziger Pianofortefabrik and henceforth operates under the name Märkisches Werk Luckenwalde. During this time, a workforce of fifty produces baby grands and parlour grands under the brand Röhnisch und Hupfeld along with bodies for Leipziger Pianofabrik’s pianos.

In 1995, Märkisches Werk is scheduled for closing down but, in 1996, former employee and head of accounting Regina Rotsch buys up the company and revives it under the name Rotsch Flügel- und Klavierfabrik. Unfortunately, its largest customer – the Leipzig factory – goes bust only a few months later. With ambitions roused, Rotsch Flügel- und Klavierbau soon secures operations with the acquisition of a Japanese customer who purchases sixty instruments a year.

When the company designs its own Niendorf piano in 1998, it also opens a parlour on the grounds and, a year later, opens a shop in Berlin-Mitte. The factory adds a piano school and hosts regular music sessions. The trained pianists are offered the opportunity to break in the newly designed and built verticals and grands after their twelve weeks of manufacture.

From 2000 till 2005, the company is managed by Regina Rotsch’s husband Hennig and their daughter Christina. They supply instruments to former business partners in the USA.

During this time, Markus Ernicke is with the company, training as a piano and harpsichord maker. He will later become Niendorf’s Managing Director. He regularly travels to Ludwigsburg in southern Germany to attend theory classes. But when he finishes his apprenticeship in 2005, the company closes down. So he takes up work as a cabinet maker, in the end going self-employed as a piano maker and restoring and repairing instruments all over the region.

You can imagine his delight when, in 2014, he gets a call from his former boss who tells him that production is to begin again in Luckenwalde and that skilled people are needed. A Chinese investor, who has faith in made-in-Germany high-quality instruments, is backing the business. Mingtong Zheng has been trying to acquire the world-famous Niendorf brand since 2009. Markus Ernicke immediately subscribes to the Chinese businessman’s plan to start building instruments in the town renowned for making pianos. 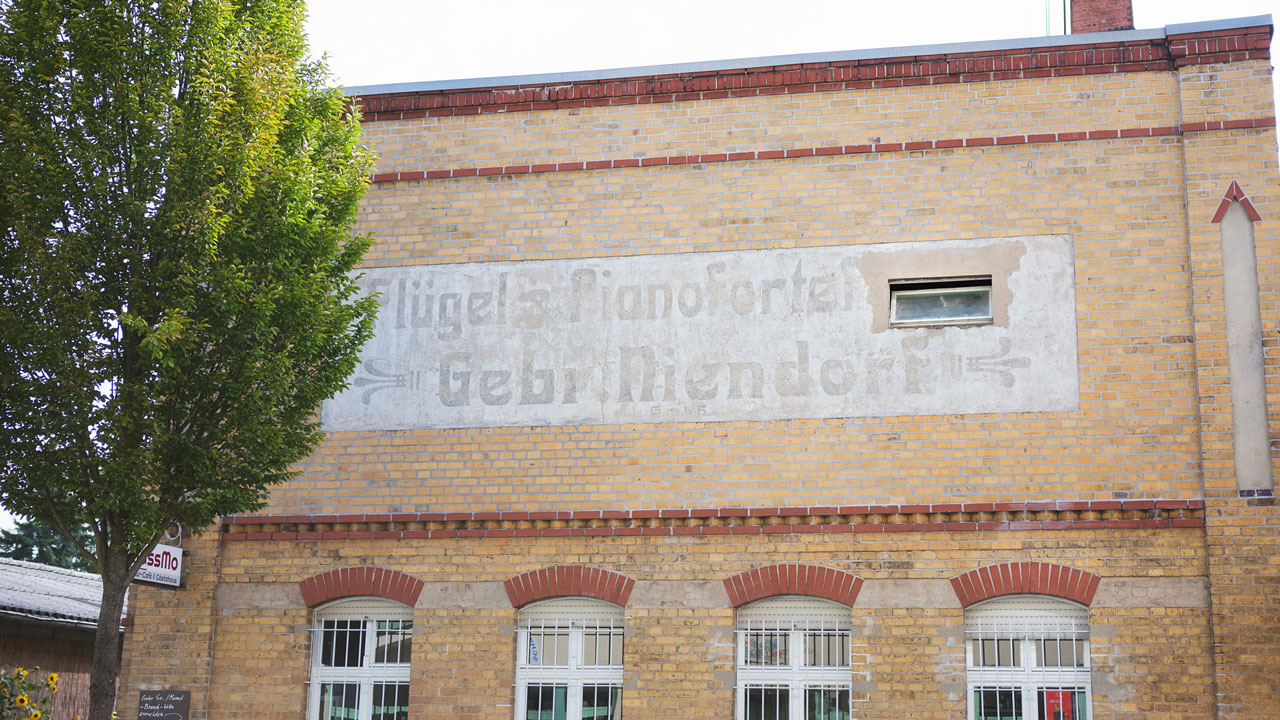 Niendorf has been through some turbulent times. Starting in May 2015, there are six people producing the high-quality Niendorf instruments. They muster the courage to present them at the Music China international trade fair in Shanghai in October 2015. A whole range of dealers check out the instruments with a critical eye and speak in depth with the Niendorf crew. Alongside curiosity and a respect for the made-in-Germany label, there is much praise and encouragement. Further trade fairs in Frankfurt am Main and in Los Angeles help progress further and reach the level of quality attained today.

In October 2016, Niendorf hosts a piano competition to offer young pianists the opportunity to try out Niendorf instruments and to present their talents to a panel of top-class experts in the concert hall specially built for the purpose. A preselection of eighteen pianists from 14 to 28 years of age is invited and arrives all the way from Korea, China, Japan, Ukraine, Germany and Russia. In the end, 19-year-old Korean Uram Kim wins the competition. Today, the concert hall has become the venue for a host of regular events that bring people from all over the region to marvel at the special company. Everyone who visits is keen to take a tour of the workshops before the events begin.